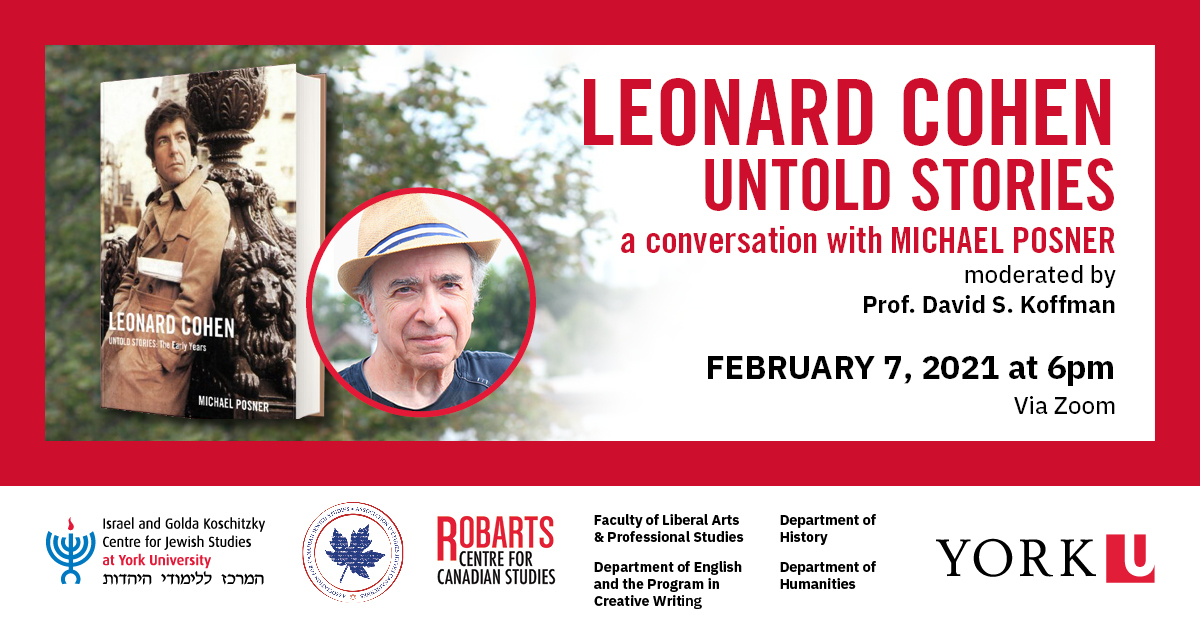 The extraordinary life of one of the world’s greatest music and literary icons, in the words of those who knew him best.

Poet, novelist, singer-songwriter, artist, prophet, icon—there has never been a figure like Leonard Cohen. He was a true giant in contemporary western culture, entertaining and inspiring people everywhere with his work. From his groundbreaking and bestselling novels, The Favourite Game and Beautiful Losers, to timeless songs such as “Suzanne,” “Dance Me to the End of Love,” and “Hallelujah,” Cohen is a cherished artist. His death in 2016 was felt around the world by the many fans and followers who would miss his warmth, humour, intellect, and piercing insights.

Leonard Cohen, Untold Stories chronicles the full breadth of his extraordinary life. The first of three volumes—The Early Years—follows him from his boyhood in Montreal to university, and his burgeoning literary career to the world of music, culminating with his first international tour in 1970.

Through the voices of those who knew him best—family and friends, colleagues and contemporaries, rivals, business partners, and his many lovers—the book probes deeply into both Cohen’s public and private life. It also paints a portrait of an era, the social, cultural, and political revolutions that shook the 1960s.

In this revealing and entertaining first volume, bestselling author and biographer Michael Posner draws on hundreds of interviews to reach beyond the Cohen of myth and reveal the unique, complex, and compelling figure of the real man.

Michael Posner is an award-winning writer, playwright, journalist, and the author of seven books. These include the Mordecai Richler biography, The Last Honest Man, and the Anne Murray biography, All of Me, both of which were national bestsellers. He was Washington Bureau Chief for Maclean’s magazine, and later served as its national, foreign, and assistant managing editor. He was also managing editor of the Financial Times of Canada for three years. He later spent sixteen years as a senior writer with The Globe and Mail.

Join the conversation with Michael Posner and Prof. David Koffman, the J. Richard Shiff Chair for the Study of Canadian Jewry.